Today’s guest is Vonnie Hughes who will be sharing garden poetry and flower stories.

Sure, I spent a lot of my childhood pottering around after my grandfather in our big one-acre garden in Auckland in New Zealand. In spite of living right near the sea, my grandfather coaxed vegetables galore to flourish because of the soil which was a cross between sandy and volcanic i.e. rich in nutrients. But I wanted flowers. We had only a few scrubby grape hyacinths and marigolds dotted here and there. In spring the jonquil bulbs came to life, but I always found the perfume overpowering. No, I missed real flowers.

I had written poetry and novels from an early age, right through a career, having kids and doing all the usual stuff and one day in 1998 I entered a haiku writing contest sponsored by the University of Waikato and the Japanese Embassy in New Zealand. The instructions were to visit the new Japanese garden in Hamilton Gardens and write one or several haikus in accordance with what we observed at the Japanese Garden. That garden is still as peaceful and evocative now as it was then. Swallows skidded through the golden willow branches and the water was just gently scuffled with a light breeze. And the peace! In spite of being located in New Zealand, the peace gave the impression it was in a small corner of the Japanese countryside. That haiku is engraved on a plaque in those lovely gardens.

This is the one on a plaque in the Japanese Garden at Hamilton. See my website www.vonniehughes.com

Ripples of sun and water

Hold dreams in the eaves.

The reference to the eaves is about the small building erected near the water.

This one came in fourth:

Then back came my garden mania with a vengeance – BUT I’m married to a man who grows and adores orchids.

Yup. Not harebells or clematis or English cowslips and certainly not roses – too much trouble. Orchids aren’t trouble? Huh! Tenderly spritzing dramatic blooms to protect them from the Queensland heat; feeding, feeding the little brutes; attending orchid shows to find out why scale is in the greenhouse or if the single bloom will become a double next year…this is not TROUBLE? Can you tell I’m not overly fond of orchids? I prefer wildflowers or flowers that look like they just popped up in a field and took hold. Real flowers.

I was born in New Zealand and now live with my family in Queensland, Australia. I’ve been writing since I was seven when I won a pony in a contest and was forced to take the second prize, mere cash. A pony in suburbia? My parents were horrified, particularly since they had no idea I’d entered the contest. I write song lyrics, poetry, short stories and novels, particularly Regencies and Romantic Suspense. The heat levels in my books vary – if the couple is in a committed relationship or married, the heat level is warm but not screaming hot. Remember that Regencies, before they became ‘historical Regencies’ were always sweet and soft – think Anne Gracie.

And of course gardens feature largely in all my books. In two connected Regencies (The Second Son and Dangerous Homecoming), I invented a “Lady’s Garden.”

I’m both published with publishing houses and also self-published (some if those are books where my publisher has closed down).

You can connect with Vonnie at www.vonniehughes.com 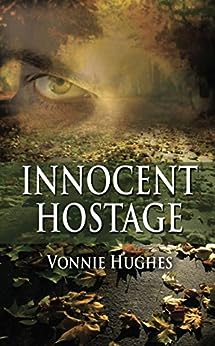 Two years ago, Breck Marchant handed his son, Kit, over to his ex-wife, Tania, even though it tore him apart. She knows all about kids. Thanks to his own upbringing, he hasn’t a clue. But when the boy is held hostage, Breck steps up to the plate. Somehow he’ll make this father thing work and hold down his dangerous job at the same time even though the odds are against him.

Ingrid Rowland is Kit’s preschool teacher and she has known Tania for years. As far as she can tell, neither Tania nor Breck know the first thing about being parents. She fears for Kit’s future. When Breck turns to Ingrid for help with his son, she sees a different side of him. As Breck and Ingrid work to protect Kit and hold on to their careers, they begin to work together to fight off a puzzling series of vicious attacks. Then a startling revelation culminates in a murderous turn nobody sees coming