The Call of the Australian Outback—Slang That Is

Hubby and I have become hooked on an Australian television series called “McLeod’s Daughters.” We thought it might be fun to see the landscape as the show is filmed entirely in the Australian outback. “McLeod’s Daughters” is an Australian television series that ran from 2001 to 2009. We watch it on Hulu, which has become our main form of entertainment, especially since COVID hit and we don’t go to the movies anymore. We tend to binge watch, and once we run out of one series, we hunt for another. We only have 4 shows of Murdoch’s Mysteries (out of Canada) left, so we started watching “McLeod’s Daughters.”

It took us a few shows before we understood the Aussie accent, which I think is pretty cool. It annoys my husband a great deal when I parrot the actors’ lines in an attempt to get a handle on their accents. I had no trouble with the more well-known Aussie slang words such as G’day (hello), righto (okay), mate (friend), have a good one ( good-bye), and walkabout (lost, can’t be found).  Now, after three seasons of shows we can catch about 99 percent of what they say, as long as they don’t rush the sentence, although one of us almost always says. “What did they say?” at least once per show.

One night we were watching and a character came into the ranch’s kitchen and said, “The windmill’s cactus.”

Hubby looked at me and said, “What did she say?”

“Cactus? Why would she say that?”

I shrugged, and a second later another character repeated the word, this time more clearly. “Definitely cactus,” I said. Hubby gave me a blank stare. “Maybe it’s Aussie slang,” I suggested. Then I pulled out my cell phone and went to the fount of all wisdom—the internet—and googled What’s the meaning of the Aussie word cactus? 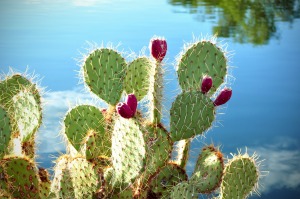 Curious about this usage, I  did some research. Apparently the prickly pear cactus, which was brought to Australia in the late 1700s, is the source of this interesting terminology. The plant quickly became a pest, overrunning farmland. In the 1920s, the caterpillar/moth Cactoblastis was introduced to combat the pesky plant. The insect was successful and practically  eliminated  the plant within a few years, hence the word cactus came to mean beaten, finished, dead, kaput.

Over the course of three seasons we’ve learned a few new slang words, and I’ve gone down the Aussie slang rabbit hole. I’m sure I’ll learn more as the show progresses. After all, I sit with my cell phone ready to access the internet at any word I don’t know. In the meantime, I thought I’d share some of the new ones I’ve learned with you.

The last term, show pony, was first used when the estranged McLeod sister Tess, newly arrived from the city, was asked if she could ride a horse. She replied in the affirmative and then tentatively approached her horse whispering for him to be kind to her. The other four women in the scene in chorused, “Show pony.” While the sister tried to mount her horse, the four women burst into laughter and rode off.

It wasn’t until I stumbled on the meaning of show pony, that I fully understood what was going on in this scene. I thought the women meant the city sister had only had a few horse riding lessons. Instead, they were recognizing her attempt to fit in and impress her new country family and friends. Knowing the meaning of the slang word changed the whole scene for me.

I’ve found Aussie slang rather colorful, and have decided to adopt some of it. Granted, I won’t have much occasion to say Brumby, since I’m a city girl. The only wild things I’ve ever seen in my yard are birds, squirrels, feral cats, rabbits, and an occasional deer sitting on my ornamental grass. Never any wild horses. But I rather like cactus, show pony, and stuffed. I think I’ll also add righto, and thingo (whatchamacallit) which I ran across in my research. In addition to the new terms I’ve learned, I discovered I’ve been using Aussie slang much of my life without even knowing it.

I’ve always said fridge, vedgies (veggies in the USA) veg out (which I can do quite nicely), Vee Dub (Volkswagon), spiffy (great, excellent), and no worries (no problem, forget about it).

Who knew I could speak Aussie? I’ve never  set foot on the Australian continent, and I’m halfway to being part Aussie. I may even add the famous greeting G’day! to my repertoire. In fact, this summer while I’m working in the garden (translate yard to American English) I’ll even be doing the Aussie salute as I wave away the bothersome flies and gnats.

Ain’t slang grand? With all my new-found language skills, I’ll fit in like a show pony with the next Australian I meet. In the meantime, have a good one.

You won’t find any slang in Catherine’s romantic comedy, A Groom for Mama, but you will find plenty of humor in this award-winning book. You can check out a sample on Amazon, or purchase the book at Amazon or Barnes & Noble. 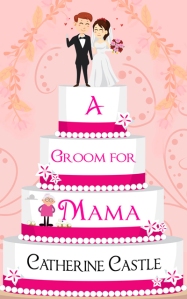