2014 Rone Winners, The Nun and the Narc Inspirational RONE winner 2014 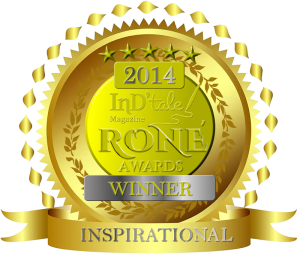 “The Nun and the Narc” – Catherine Castle

Two Sunday evenings ago I got an email from a colleague telling me I’d WON the Inspirational Category of the 2014 RONE AWARDS. “What?” was the first words out of my mouth. Then I read the email again, certain I’d misconstrued something. But, nope. It clearly said I had won. So I clicked on the link and searched the website on my phone’s tiny screen. Sure enough, there I was in bold red and blue lettering. I hopped back to the email to see who had sent it (I tend to scroll down without looking at the addresses) and I read it to my husband, who ran to get the IPAD and check it out on something bigger than a post-it-note. Then I dashed off a reply to the sender and went back to the internet to check it again. I think I must have looked at the website half a dozen times before I believed it wasn’t going to disappear. When I was sure my name hadn’t gone off into cyberspace somewhere, I began texting and emailing family, friends and colleagues.

I really am a winner. Oh-my-gosh!

When we were trying to decide to go or not to the conference in Las Vegas where they were announcing the winners, I jokingly said to the hubby, “I can stay home, not spend the money, and be disappointed in the comfort of my own living room.” I’ve actually become a bit superstitious about award ceremonies, since every time I’ve spent the money to go, I’ve not won. I’ve been to two so far, and not won either time, but it is great fun to hear your name and your book title called out.

The first time I was up for an award was the ACFW Genesis contest. I had been calm up until the MC got up to speak, thinking it’s just a contest like all the other contests I’ve won and placed in. But when she told the ballroom to pay attention to the names of the authors because they would be up and coming, I started shaking like a leaf. That contest was a much bigger deal than I ever imagined. So was the EPIC and so is the RONE.

Oh-my-gosh! I really am a winner!

Anyway, I’d like to take this time to thank my editor Debbie Gilbert who believes so much in my book, the InD’Tale reviewers who gave my book such a great review, everyone who voted for my book in the second phase of the contest (without your help I would have never made it any farther than a nominee), and the judges who voted my book the winner of the Inspirational category. 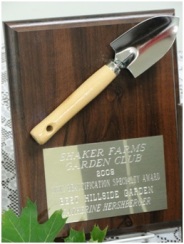 I can’t wait to get my hot, little hands on that award. It will be like the time I won the garden award.

Then it will probably start all over again.

6 thoughts on “The Nun and the Narc is a RONE Winner!”